The facility processes meat products, predominantly bacons and hams and has ongoing issue with Listeria present in the drainage systems

The following table shows the results of internal testing conducted in the facility specifically targeting Listeria, all results show negative with no Listeria detected.

10 litres of BioProtect™ Industrial Treatment was foamed into the drains daily after the final daily wash-down. This is the point where the flow through the drains and interceptor is at its lowest point which allows for the greatest residual time in the system. Maximising the length of time the product is in the drains and interceptor is important as it maximises the product’s impact. The cleaning staff reported that application of the product was a simple process and was completed in approximately 30 minutes. 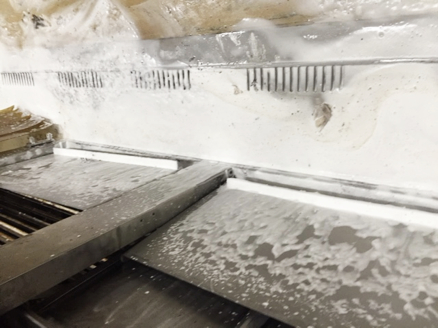 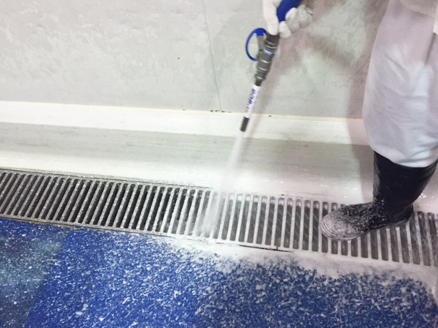 These results indicate that the interceptor is close to full and on the upper limits of its safe working capacity. 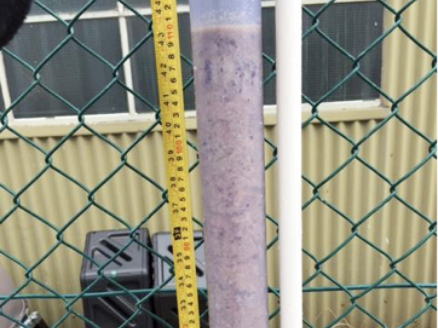 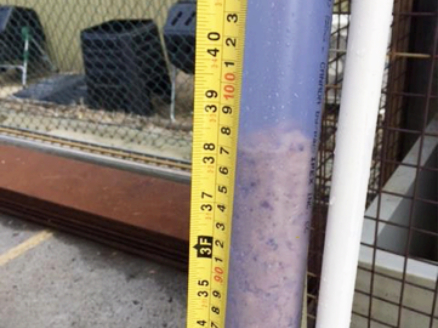 Sample Science Pty Ltd (the third-party testing company that conducted the testing) made the following observation “The bottom sludge layer is only ~50mm thick. This is unusual and probably means that much of the bottom layer is being pushed through the GT because the floating layer is overfull and so the water flow is pushing solids through the pit”. This observation could be considered differently, BioProtect™ is breaking down the sludge rather than pushing solids through the interceptor because if the solids were being pushed through the interceptor there would be an increase in the Total Suspended Solids (TSS) present in the outflow water which is not the case, in fact there is an overall average reduction of TSS of 44% as shown in the below table.

The above table shows the results of a 5-day composite wastewater test taken from the outlet side of the grease interceptor and compared against an average of 4 previous 5-day composite tests conducted. It is clear to see that there has been a good overall reduction in all the key parameters.

When extrapolated against levies imposed by South East water the following table shows these savings.

The above table shows the savings in waste water levies and chemicals used to balance the pH in the grease interceptor, showing an overall monthly savings of $1,519.28.

The absence of Listeria over the extended period of the test compared to positive readings in previous periods showed that BioProtect™ had a positive impact on Listeria control.

The data indicates that the pump out frequency of the grease interceptor has been increased by at least 17 production days (74%), generating a $5,474 cost saving over a 40-day production cycle.

The test data demonstrates a SE water levies and pH adjustment chemicals saving of $2,642 over the 40-day cycle.

The cost of BioProtect™ Industrial Treatment including application labour was $4,200 over the 40-day production cycle.

It was noted during the trial phase that areas that have traditionally been hard to clean and remove the build-up of organic material, in particular the area where the cooked products are removed from the smoking oven are much cleaner displaying the detergent qualities of the product.